I was hoping I would be able to find more about being a diarist, when I googled it just now. After all, this is the internet we’re talking about here. There should be everything about everything. But strangely, all I can find are links to pages about keeping medical patient diaries, webster-merriam definitions of “diarist”, and various articles all about Michael Palin and his diary habit.

Nothing about, you know, regular people who write to themselves all the time. And usually in notebooks. Is that strange? Or has the word ‘diary’ suddenly become rather old-fashioned? ‘Journal’ still seems to hold relevance, and ‘logs’ and ‘logging’ are appropriately common to their digital medium. People talk about commonplace books and bullet journals and all the other systems that help us GTD, but the good-old diary doesn’t seem to get a look-in.

Once considered an honourable, even distinguished pasttime, being a diarist in a pre-computer age had a certain cachet, didn’t it? You had your Pepys, your Wordsworth (Dorothy, not William; and she was known for writing about her brother, but oh well), even your Marcus Aurelius. Anne Frank. Harriet the Spy. Even bloody Adrian Mole. (And let’s not forget Anaïs Nin.) Well-worn books, secreted away. Confided in. Confessed to.

It’s really not like that now, is it. We plaster our faces on blogs, register our domain names (of our actual names), set up newsletters so we can further inundate a mysterious reader with every last detail of our so-very-important lives. It’s like Proust on steriods. Everything’s about the sale these days. Commodification of our inner selves. As long as we can monetize it, and generate “passive revenue stream,” it’s all good. We are our ultimate product. (Baudrillard, anyone?)

I really hate that part of our digitised culture.

When I was a kid, I was totally obsessed with my diary, to the point where I was always trying to foist the habit off on to other people. I think I would even go so far as to make little blank books and give them to my sister. I definitely remember buying my mum a blank journal for her birthday one year (she never used it, as far as I know). My ultimate birthday or christmas present? A blank book.

My first diary was one that mum brought back for me after she and dad went away on some work trip to Reno. I still have it downstairs in my crocodile-skinned (possibly fake? but who knows. It was my grandmother’s) suitcase where all my old diaries live these days. Purple, with Little Twin Stars (by Sanrio) theme. Most importantly it had a lock, which gave me an incredible sense of freedom. Even though what most of what I wrote was, well, kid stuff, there is still some pretty personal stuff in there. I was seven.

I can’t say I’ve ever been the most reliable of diarists. This is my output over the last ten years, by example:

(Yes, those are Frozen stickers on top of the most recent one. They were snaffled from my child, Devo excepting.)

As I got older I always felt myself writing for “someone.” Often I imagined reading aloud to a current boyfriend, or daydreamed about unknown children or grandchildren discovering certain truths about their grandmother. These days I often write directly to my daughter, knowing that one day she’ll probably pick one up and have a browse.

But that aside, I don’t think I’ve ever let those imaginary someones censor the way I write in my journals; and there’s some fascinating things in there, especially now I’ve started putting in an index in the back of each one:

One day, who knows, I may look at creating some sort of ‘master index’ that I can use to reference and look back on the times in my life. Totally egocentric? Who knows. Possibly. But at least I’ll be the only one to criticise.

It’s definitely an ongoing process though, I’ve found. The Moleskine mania that siezed the planet also exerted its hold on me, though I’ve got to say I’m pretty underwhelmed with the limited pens I’m able to use when I write these days. I’m considering trying out some new ones, but I do like how the current gang of four look on the shelf.

And strangely, I’ve never found that writing in a paper diary has ever felt constrained by or in competition with my regular blog (one that is threatening to become as everlasting as my diary habit, now I’m up to thirteen or so years, plus the several years I wrote at diary-x, until the administrators of which confessed to us users that they had NO BACKUPS for all of the data they’d managed to lose).

I still have no idea what all of this is for. Posterity, perhaps, or a strange internal conversation that has been going on for most of my life. I think it would be difficult for me now to not have a diary, in some shape or form, in my life. I think it’s why I write, generally. Why I am drawn to written narrative so strongly.

If I’m troubled, I turn to my diary. If something momentous happens, it has to go in. (Twenty-plus pages on the actual birth of my daughter, something I would never subject anyone to, online.) Ranting about work, family, rather than chewing my husband’s ear off. (No fear of saying too much about an employer or irritating work colleague.) Travel. Ideas for stories. Dreams. Quotes.

And, possibly also strangely, they have, over the years, accreted to the point where I feel like they are a significant part of who I am. A reflection of me. Who I was. Who I am today. Thoughts of tomorrow. But also physiologically (?) some sort of build-up. A by-product of my existence. Like phlegm, or sleep-crust in the corner of the eye. Analogue, physical, tactile, expression of thought and emotion.

3 thoughts on “On being a diarist in the digital age” 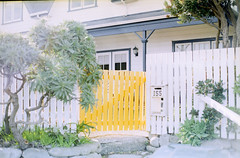 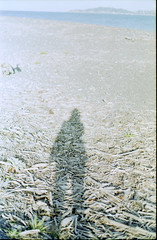 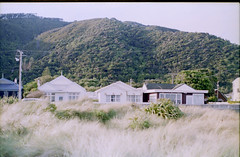 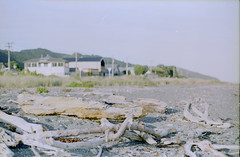